What Is the Book of Hours? 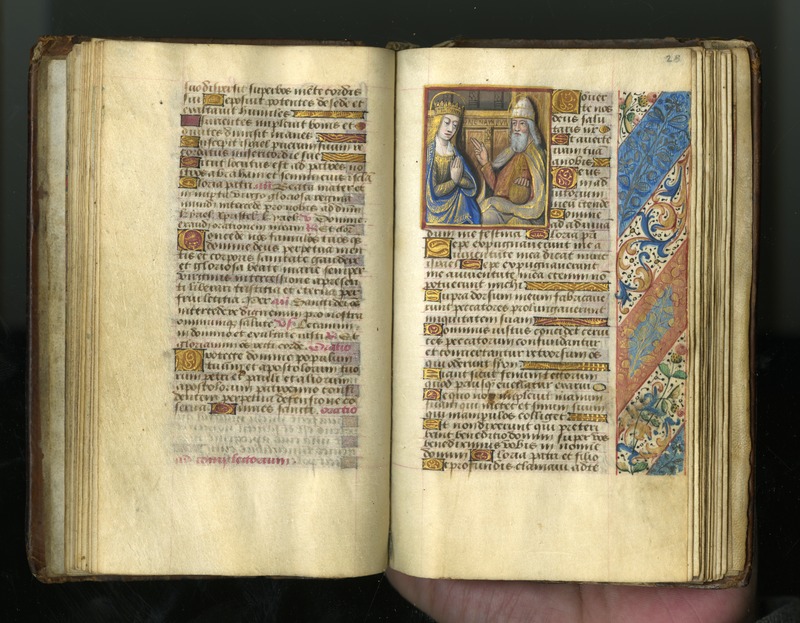 Perhaps the most common way for individuals in the medieval era to integrate religion into their daily lives was the book of hours, a Christian devotional volume containing prayers to be said at different times during the day. They provided laypeople with the means to pray privately on a daily basis, thus taking part in a type of worship once reserved for monks and clergymen. Books of hours rose to prominence in the early thirteenth century and eventually became the most popular books of the time, and were made by the thousands for people of diverse social ranks, from royalty to lower-class owners. Despite adhering to the same basic structure, each book was unique, using text and image to showcase multiple facets of its owner's identity.

The Lewis & Clark book of hours is an early-sixteenth century manuscript from Western France. It was created in dialogue with printed books of hours, which were beginning to become popular at the time. However, many older techniques more common in handcrafted manuscripts were utilized in its construction, resulting in a unique piece which is heavily influenced by the two worlds of handmade and print books and contains the best of both.

Physical Description →
What Is the Book of Hours?